Remote Capabilities in the Age of Coronavirus with RCS

The Zetta rollout continues across Australia, and by this point, one has to wonder if there are any stations left who are not using RCS automation software. RCS installer Chris Galea recently travelled to the Mildura/Sunraysia region for a visit to River 1467 to begin yet another install.

River 1467 (3ML) is a commercial radio station that began as 3MA Mildura on 25 May 1933, from the T&G Building in 8th Street Mildura. The original frequency was 1390AM but this was altered by Government regulation over the years to the current frequency 1467AM. Although another call sign was originally allocated to the AM commercial radio frequency, River 1467’s official call sign is 3ML. The station is currently located at 130 Ninth Street Mildura near the Langtree Mall. River 1467 is the most-listened-to service for the 40+ demographic.

The Mildura/Sunraysia region is located in northwestern Victoria and southwestern New South Wales in Australia. This area is well known for its sunshine, intensive horticulture including grapes and oranges, as well as grain farms. Its main center is Mildura, Victoria.

Galea had come to River 1467 to complete the second Zetta install as part of a 50 station national deployment for Grant Broadcasters. All RCS software installations involve a great deal of teamwork between the installers and station personnel. Galea was not disappointed with the crew at River 1467. “The River 1467 team consisting of Glen Badans, Gerry Pyne and Stephen Seagale had redesigned the go live structure to make the best use of time. We setup shop in a shoebox style boardroom to review the configure which all had been done by the team prior, I was extremely impressed, I was asking them “what do they need me to do,” because everything was done.” 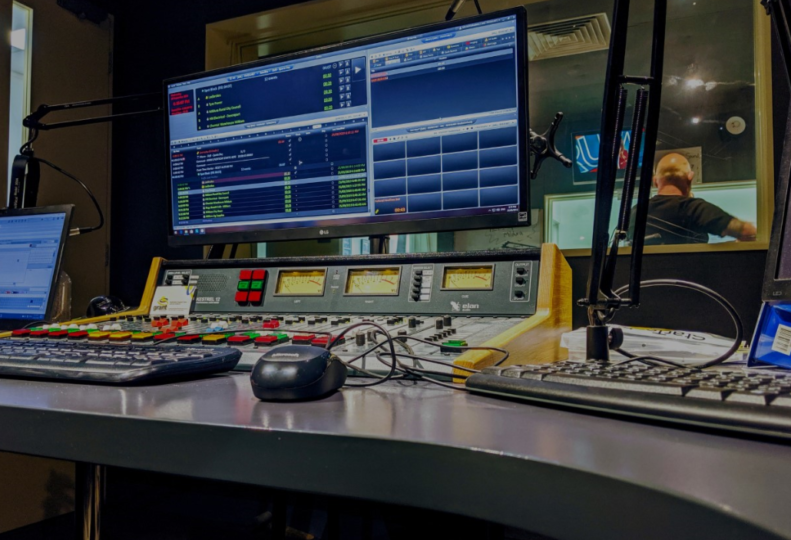 Galea focused his setup on migrating spot data/audio, identifying mistakes in and out of sat programs for the team to fix, and double checking configuration. He also set up site replication logs between Mildura and Bendigo, as they provide content for each other.

Day two was training day. There were two three-hour sessions separated by a lunch break. In attendance were six local announcers plus an additional visitor from Berri who was a key member in Grant Broadcasters Aquira Roll Out and ongoing support.
Galea adds, “All users were thrilled about the functionality of Zetta, and eager to get their hands on it. There were users staying back after hours to be the first person to get into the studio and play around with it.”

The Grant Broadcasters team powered through other tasks while Galea was training and by the evening, logs were loaded, studio 2 was installed and they were focusing on the finer details. The entire site was ready to be put on air in two days. Galea concluded, “I couldn’t believe the work that Grant had done without any assistance at all!”

On to day three, which began with more hands on training, where Galea sat beside users in a studio with Zetta playing out “on air” and going through scenarios such as stopping down for a talk break, voicetracking, replacing audio, segueing, hotkeys/stacks/zplayer and editing. When they would make a mistake, Galea would simply say stop, and get them to work out what they did wrong. They would go through how to fix the problem to help ensure that the training was taking hold with staff. Galaea adds, “It was quite fun, I felt like a driving instructor for a car license, and the users gained a lot of experience from it.”