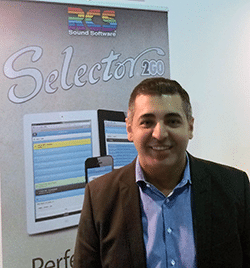 On the first day of the CABSAT broadcast trade show in Dubai, RCS – the world’s largest broadcast software company – has announced the appointment of a new Manager and a new office to cover the Middle East, North Africa (MENA) area.

RCS MENA’s new Manager is Baher Al Zaher, who has been one of the key team members helping grow the RCS business in the Middle East over the past few years. The announcement also coincides with the opening of a brand new office at Fortune Executive Tower, part of Jumeirah Lakes Towers in Dubai, United Arab Emirates.

RCS President & CEO Philippe Generali, said: « RCS has built up a tremendous business in the Middle East in recent years. Thanks to the great pioneering work done by our team from RCS France, we now have a thriving operation based in Dubai and serving the entire region. Our announcement today of Baher as our new Manager, and of the opening of our new office location, serves as confirmation of our commitment to our customers in the Middle East and North Africa. We have had a permanent presence in Dubai for several years, but now RCS MENA is even better equipped to deliver the highest possible level of service for our ever-expanding customer base in the region. »